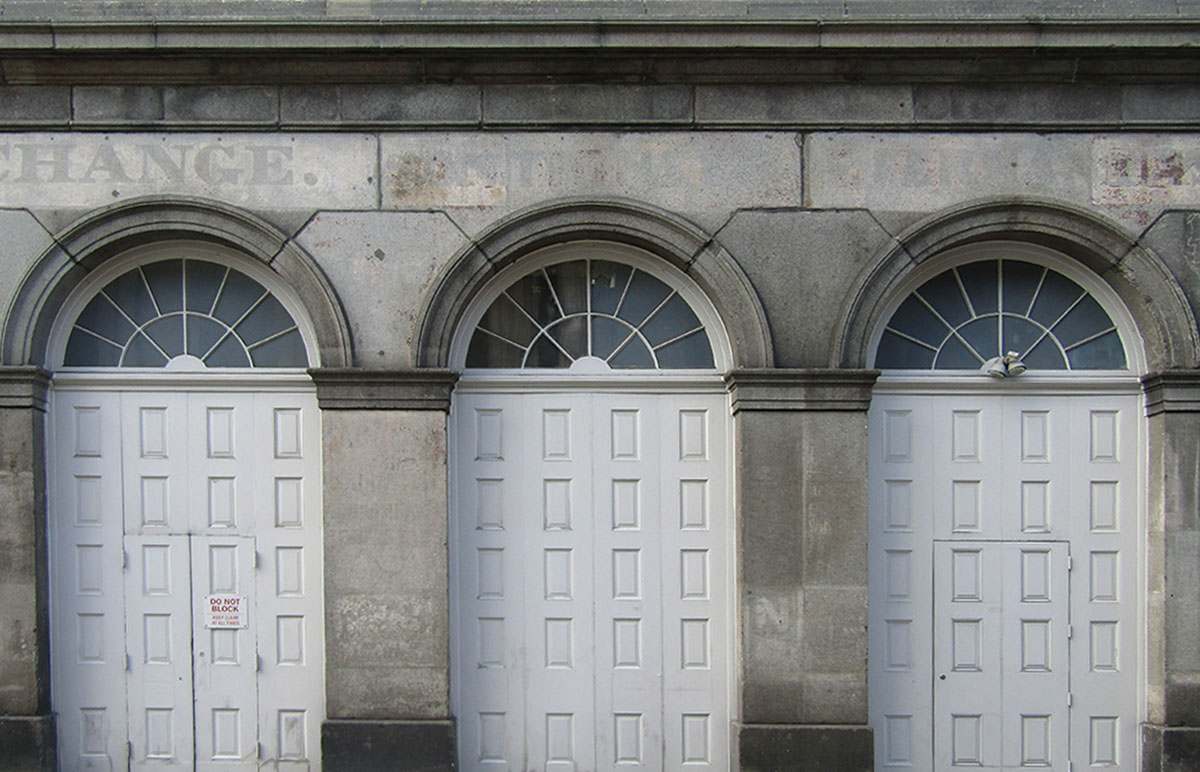 The only original part of the St. Louis Exchange Hotel remaining, on Chartres Street. Part of the word "Exchange" is still visible, alluding to the site's past.

So much of our nation’s contentious history is hidden in plain sight. Consider, for instance, how we routinely pass by houses, buildings, and sites whose complex and controversial histories we are unaware of. The "Layered Memories" project excavates these everyday histories by using what I call lieux de souvenir analysis. Lieux de souvenir are places whose histories have been forgotten, submerged, or only very partially remembered. The focus is on three sites in New Orleans and their physical and social transformation over three centuries: the Hermann-Grima historic house; the site of a French Quarter hotel that used to be a slave market, and the New Orleans African American Museum located in the historic Black neighborhood Tremé. 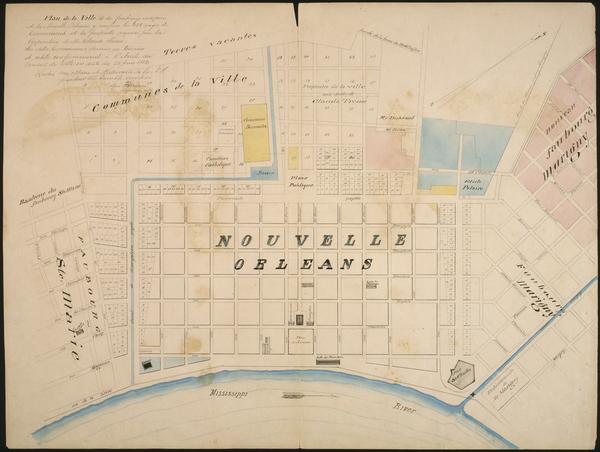 Plan of the French Quarter and surrounding neighborhoods, including Tremé, Marigny, and Ste. Marie. Circa 1875, after 1812 Tanesse plan. From the Historic New Orleans Collection.

New Orleans is an especially rich city for this kind of analysis as it has been governed by French, Spanish, and Anglo-American governments, each of which left its distinctive stamp on the social and physical landscape. Throughout the nineteenth century, the Hermann-Grima house was home to wealthy white families and the enslaved people who served them. Beginning in the early twentieth century, the house was transformed into a women’s boarding house and then historic museum home. The second site began as a group of residential lots in the eighteenth century—including lots owned by free people of color— and was transformed into the City Exchange where clients were invited to eat, drink and purchase commodities of all kinds—including enslaved people. Today it is a luxury hotel which caters to tourists, only the faint ghostly outline which read “Exchange” hints at its earlier incarnation. And the third site began as a brickyard where enslaved Africans harvested mud to make the bricks needed to build the new city in the early eighteenth century. A new generation of free people of color began to change the landscape in the early nineteenth century and it was this community called Tremé which gave rise to the civil rights case Plessy v. Ferguson. Today the New Orleans African American Museum inhabits the space and carries on the story of this vital site which is rich in African diaspora history. 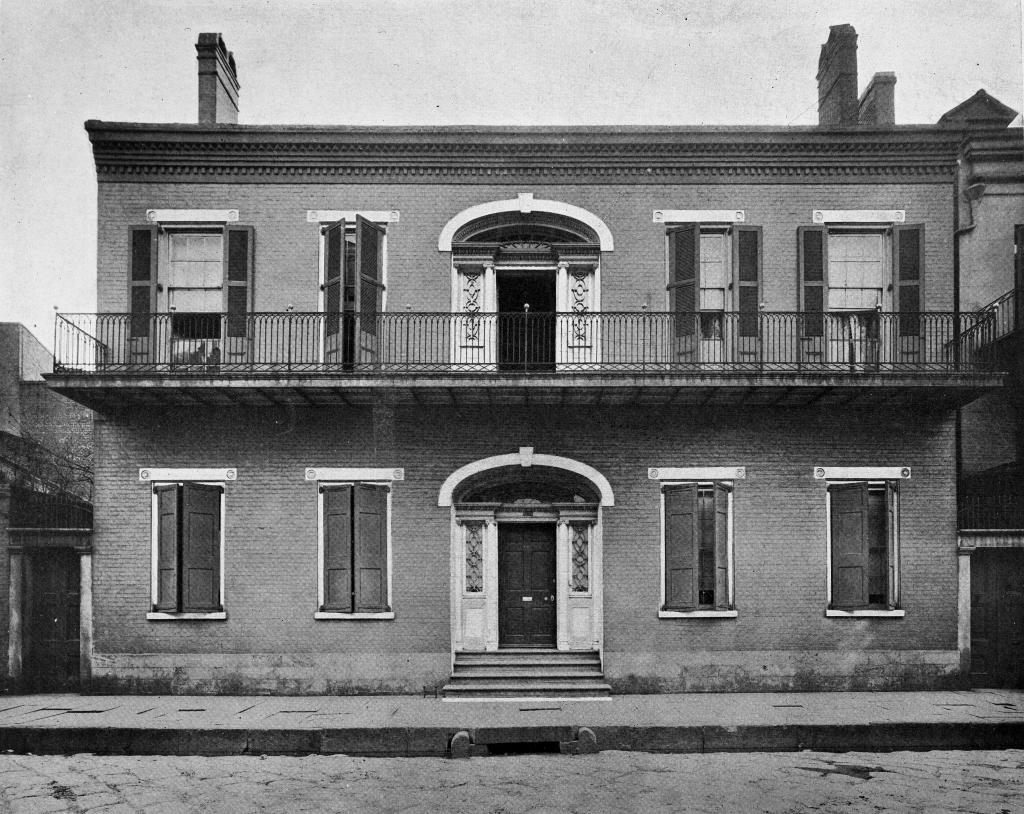 The Hermann-Grima House, ca. 1908. From the Historic New Orleans Collection.

By engaging in an intensive historical examination of these three sites, the "Layered Memories" project unpeels social and cultural layers of places that either have well-known controversial histories, or ambivalent histories that have been covered over or simplified. Such work is timely, in that protests over monuments, statues, and other historic sites are calls for us to reckon honestly with historical issues that we have never fully come to terms with. Our ability to move forward as a national community in the U.S. requires that we find ways to make excellent and nuanced historical research intelligible and accessible to public audiences. The lieux de souvenir approach does this by providing in-depth historical work on key sites that serve as entrées to conversations concerning larger social and political dynamics within a given neighborhood, city or region. While the focus of this project is local in its examination of key New Orleans sites, the study is proposed as a model in service to the larger thesis that a similar lieux de souvenir approach in other communities is vital to our ability to come to terms with our different understandings of the past as a step toward envisioning equitable communities for the future. 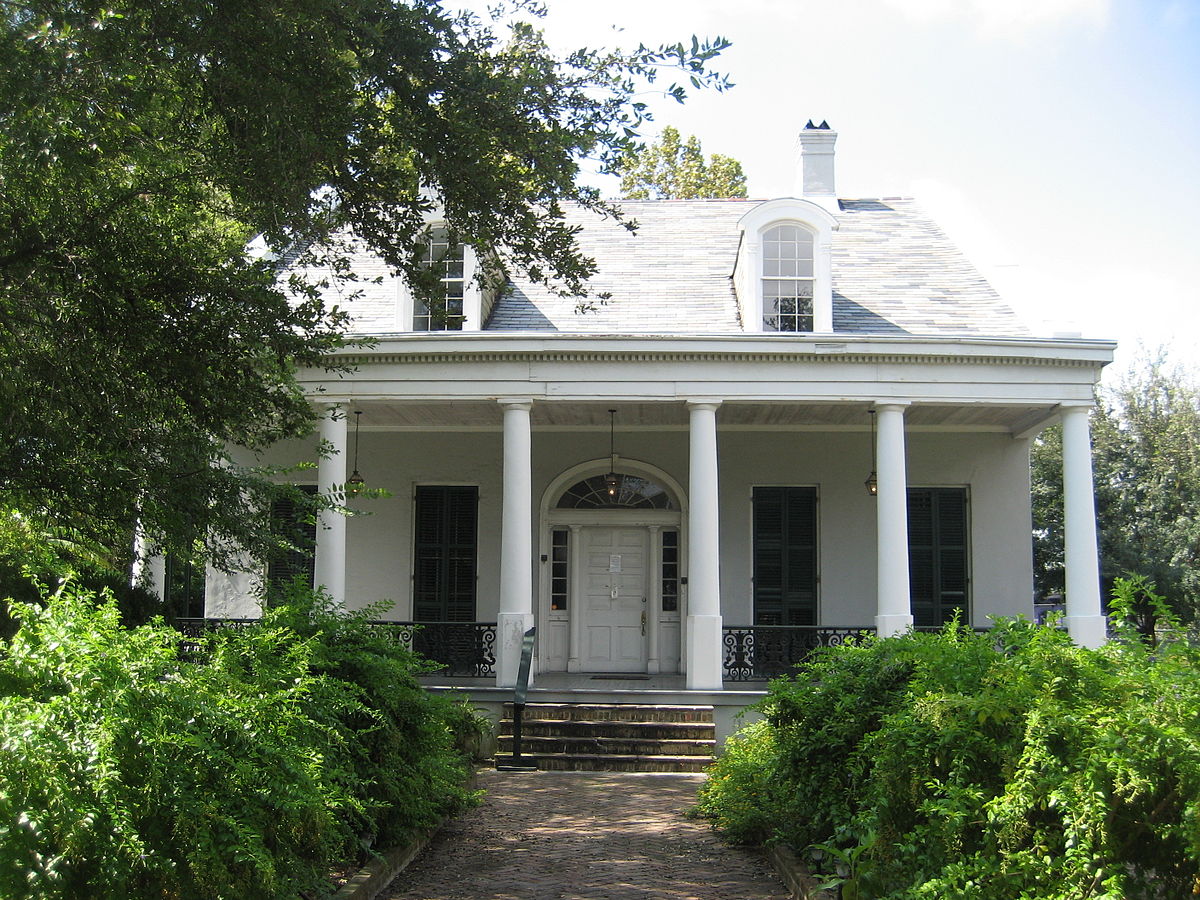